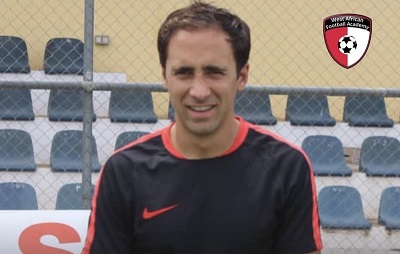 The Spanish gaffer was announced as the first team coach over the weekend and would be in charge of the team for the upcoming 2021/22 football season.

Speaking to the club’s website over his plans for the team, Guille as he is nicknamed, said he was determined to contribute to the developmental agenda of the club which has been in place for more than two decades.

“WAFA is a very prestigious institution that has been very successful in the development of players in West Africa. “I hope that I can come in and contribute to the work that has been done for over 20 years.

“I would mainly be working with the senior side so I would do my best to help them in this last phase of development.”

WAFA would kick start their season on October 29 with an away clash against King Faisal.

Chief of the Defence Staff and others inducted into office

How COVID-19 Has Transformed the World around Us, as per Bob…