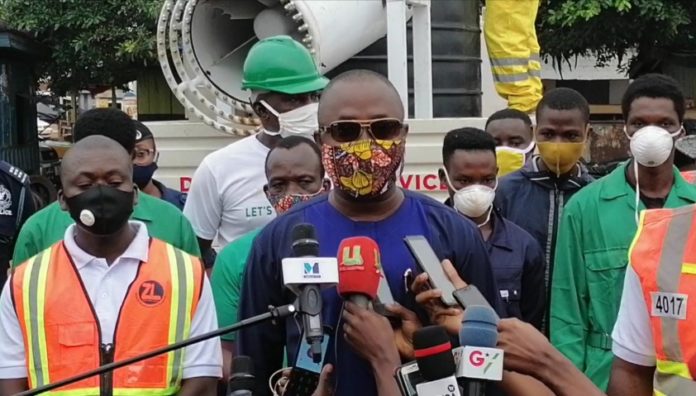 Mr Kofi Amoakohene, the Bono East Regional Minister on Wednesday visited and comforted families of the two, who died in the post elections violence that erupted in the Techiman Municipality on December 8, 2020.

Accompanied by the members of the Bono East Regional Security Council, the Minister on behalf of the government presented GHC5, 000 each to the two bereaved families.

Tajudeen Mohammed, 39, and Abdalla Ayarek, 18, died from stray bullets, during the violence, which happened at the Techiman Bonokyem hall, while five others sustained gunshot wounds.

Security operatives fired gun shots to disperse the crowd after some supporters of the NDC attempted to forcibly break into the hall, where collations of results of the just-ended elections were conducted.

They have since been treated and discharged from hospital, but one of them, Eliasu Sulemana is still on admission at the Orthopedic Department of the Wenchi Methodist Hospital.

Describing the incident as unfortunate, Mr Amoakohene called on the people to remain calm, and allowed the police to continue with investigations, assuring that offenders would be prosecuted.

Criticise our decisions but don’t malign us – Judiciary tells media